The concept is said to be inspired by the popular cooking show, Masterchef. A competition for home cooks to become the nations next big masterchef. The concept is similar. The participants will be devided into two teams and will be given a tour around the studio along with tips about the equipment, lighting technique and more. Both teams will be working on a real assignment for a client. The client and the masterclass photographers will deliberate on both team’s effort and select the final image based on technical quality, concept and overall usability. The winning team’s image will actually be used and/or published by the client. That team also will also have part of their particpation fee refunded.

The pilot edition focused on interior photography and is shortened a single day from the regular 2-day workshop. After a brief introduction we were split into two teams of 5 and 6 participants respectively. Our team, consisted of five photographers: Suzanne Reitsma, Ronald Mossou, Elsbeth Pilz, Raymond Blom and I. We were briefed by the client, a company that produces biological cosmetics using horse milk as their core ingredient. According to the client, the horse milk has less fat than traditional cow milk and has positive effects on the skin and the bowel.

Both teams had 45 minutes to come up with a concept. We decided to on focus on the lifestyle of the client’s target market, a health conscious person that values a healthy and quality lifestyle. Out setting would be set in a kitchen, creating a warm Sunday morning moment between a mother and daughter. 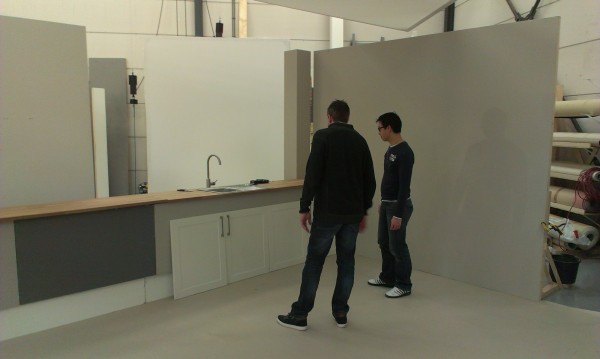 Building the set at Masterclassphoto. Snapshot by Suzanne Reitsma. 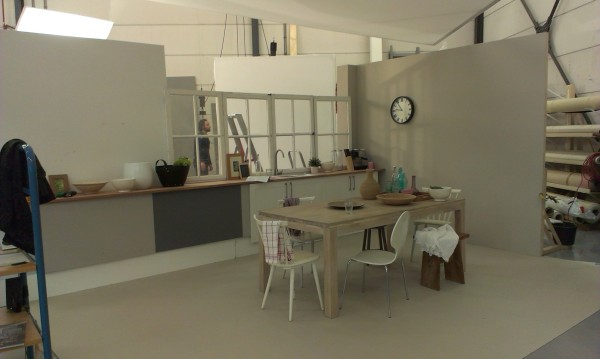 Building the set at Masterclassphoto. Snapshot by Suzanne Reitsma.

After we decided on the set, we started to collect the decor pieces, the props and other decoration elements. With the professional advice from Marjon we were able to build kitchen and set up the lighting within two hours. By that time, the models arrived, were styled and briefed on the concept. We were ready to start shooting.

This was the toughest part. We wanted to create a setting that looked natural, so both models had to act naturally. We instructed them to start a conversation, hopefully capturing real moments.

We managed to capture a few shots that had either model looking like having an enjoyable conversation. In the post-production we combined three images to create the final image. One image for each model and one for extending the kitchen closets in the foreground. Our team ended up winning the competition, based on having a concept that looked natural and authentic to the target audience. So yay! 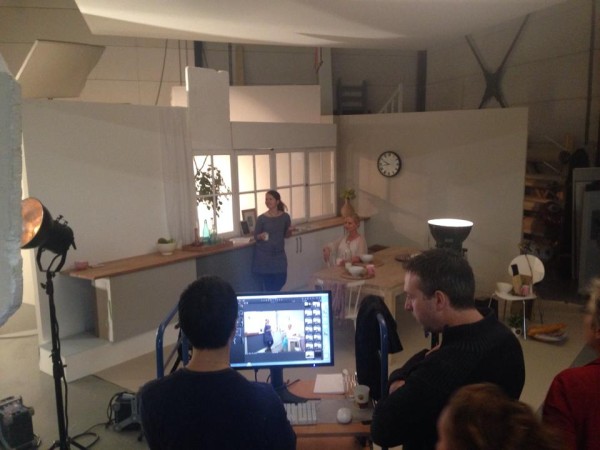 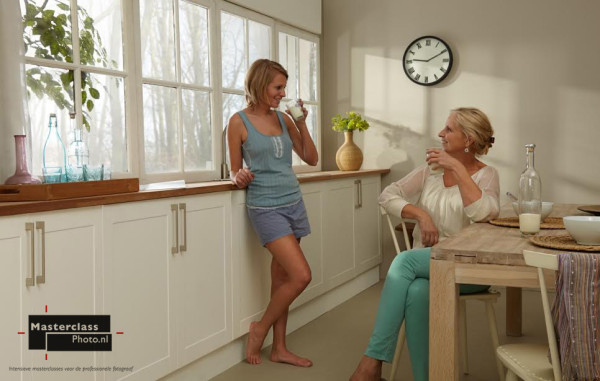 This was an exciting masterclass. The competitive element works very well and having a client and assignment brings the workshop even closer to real world condition.

A behind the scenes video will be published soon on the masterclass website. Check for details www.masterclassphoto.nl.